Street Closure Wisconsin Street will be CLOSED between 15th Street and 26th Street between October 4 and November 8 Read On... 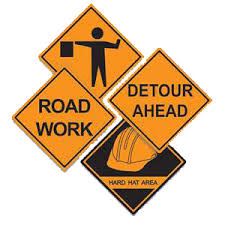 There are a variety of street repairs, improvements, and projects completed throughout the city each year.  Here is a summary of some of the improvements you have been and will be seeing with our city streets.

Potholes:  The Public Works Department addresses and fills potholes throughout the year.  We are able to fill the worst ones in the winter and then concentrate citywide on all of them after the winter season beginning in the spring and continuing through the summer.  Pothole repair scheduling depends on a variety of factors (when the plant is operating and mix availability, our own scheduling and crew availability, weather (rain, snow, temperatures), etc...)  Even though the Public Works Department keeps an ongoing list of potholes and areas for repair, we will be adding a feature to the Public Works/City website in the near future allowing citizens to report potholes as well.  Public Works Crews have CURRENTLY put down 292,600 lbs (150 tons) of asphalt/patch for repairs FROM July 1, 2020 to June 30, 2021.  (58 days)

Crack and Joint Sealing program:  Depending on the year, the City budgets money for an ongoing maintenance program of our concrete streets throughout the city.  This includes crack and joint sealing by an outside contractor.

Major street overlays or replacement:  Depending on the year, the City budgets money for asphalt street overlays and/or complete asphalt/concrete street replacement.  The following is a list of streets (in no particular order of improvement) that were completely overlayed this summer.  Work began the week of May 10th, 2021 and was completed in August!

- May Street between Cody Road and 8th Street

Take a look at the documents below for some major street improvements TENTATIVELY budgeted in the next number of years.